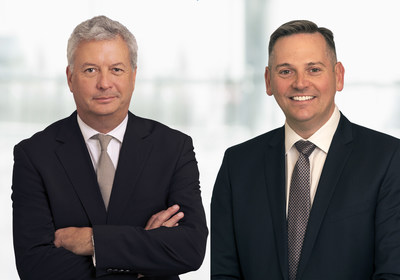 "I am very pleased to announce two appointments within our deep and highly experienced leadership team to new roles as we continue delivering on our global ambitions. Mike's appointment recognizes the significant and highly strategic role he has played in our successful transformation over the past decade, and he will assume increased responsibility for several of our important corporate initiatives and businesses. Craig's appointment underscores the important contribution he has made to many areas of our airline over the past two decades. With his knowledge of virtually every aspect of our business, he will play a key role in leading our increased focus on delivering a world-class operation throughout the 220 worldwide markets and six continents we fly to," said Mr. Rovinescu.

Air Canada is Canada's largest domestic and international airline serving more than 200 airports on six continents. Canada's flag carrier is among the 20 largest airlines in the world and in 2017 served more than 48 million customers. Air Canada provides scheduled passenger service directly to 63 airports in Canada, 56 in the United States and 98 in Europe, the Middle East, Africa, Asia, Australia, the Caribbean, Mexico, Central America and South America. Air Canada is a founding member of Star Alliance, the world's most comprehensive air transportation network serving 1,317 airports in 193 countries. Air Canada is the only international network carrier in North America to receive a Four-Star ranking according to independent U.K. research firm Skytrax, which also named Air Canada the 2018 Best Airline in North America. For more information, please visit: aircanada.com/media, follow @AirCanada on Twitter and join Air Canada on Facebook.