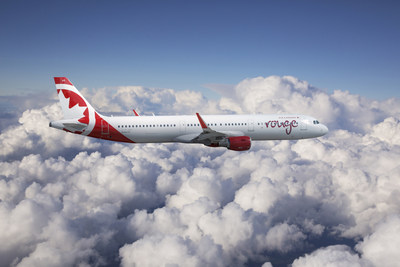 "We are thrilled to offer residents of Quebec City these non-stop connections to the popular winter getaway destinations of Cancun and Punta Cana. We are adding these new international leisure routes to meet anticipated demand from the capital of Quebec and offer Quebec City residents easy access to incredible holiday experiences," said Lucie Guillemette, Executive Vice President and Chief Commercial Officer at Air Canada.

Travellers who book their next winter getaway departing from Quebec City to Cancun or Punta Cana can benefit from a vacation package offer through Air Canada Vacations that will save them $200 per couple or $400 per family.

This announcement represents the first expansion of Air Canada’s leisure travel offerings since the announcement of its exclusive agreement to pursue a combination with Transat A.T. The transaction, if completed, is expected to facilitate continued growth and expansion in the highly competitive, global leisure travel segment.

ith over 700 hotels, resorts, cruises, tours, as well as optional day tours, car rentals and excursions, Air Canada Vacations offers a full selection of leisure travel options for Canadians to more than 40 destinations throughout the Caribbean, Mexico, and Central and South America.

"We welcome the news that Air Canada has chosen to strengthen its presence in Quebec City by offering international flights from YQB. By improving its winter service and adding flights to winter sun destinations, the airline meets the needs and demands of the people of Quebec. This announcement is the result of a great collaboration between Air Canada and YQB," said Stéphane Poirier, President and CEO of YQB.

The flights will be operated on a 200-seat all-economy Air Canada Rouge Airbus A321. Travellers will be able to stream TV shows and movies to their personal devices via the onboard GoGo Wi-Fi streaming service.

Customers can also collect and redeem Aeroplan Miles through Canada's leading loyalty program, and eligible customers have access to priority check-in, priority boarding and other benefits.

Including these two new routes, Air Canada will offer close to 1.2 million seats in the Quebec City market in 2019. Air Canada, Air Canada Rouge and its regional airline partners flying under the Air Canada Express banner operate approximately 275 flights per week between Quebec and Montreal, Sept-Iles, Gaspe, Toronto and Ottawa.