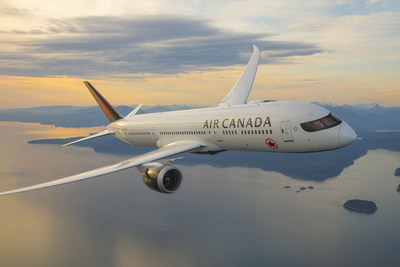 Air Canada has been recognized as the 2019 Airline of the Year by Global Traveler, the leading magazine for luxury business and leisure travellers. (CNW Group/Air Canada)

MONTREAL, Dec. 2, 2019 /CNW Telbec/ - Air Canada has been recognized as the 2019 Airline of the Year by Global Traveler, the leading magazine for luxury business and leisure travellers.

"I am very pleased that Air Canada has been named the 2019 Airline of The Year by Global Traveler. The success we have had transforming our airline into a leading global carrier is being recognized worldwide and we continue to invest in new aircraft, onboard services, airport amenities and a new Loyalty program to build on our leading position. Mostly, however, this award recognizes the hard work of our employees and their commitment to deliver customer service excellence every day, for which I thank them," said Calin Rovinescu, President and Chief Executive of Air Canada.

Global Traveler's staff submitted nominations to an advisory board, whose members chose the winners based on a series of factors after thorough research. The panel weighed the nominees' financial data, safety records, product offerings, onboard menus and overall image as a brand before selecting Air Canada as Airline of The Year.

This win builds on other recent accolades such as being named Best Airline in North America for the third consecutive year at the 2019 Skytrax World Airline Awards, as well as the Best Airline for Family Travel by the Wherever Awards and the Favourite Airline for Millennial Travellers by the Trazee Awards. Air Canada was also named one of Canada's Top 100 Employers (2020) for the seventh consecutive year and was recognized for Diversity in Leadership at the 2019 Airline Strategy Awards.