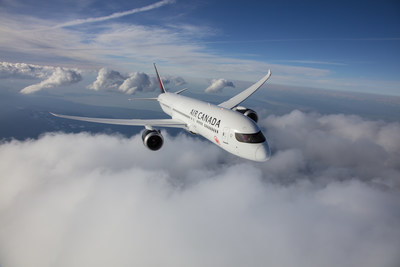 "We are excited to launch our newest South Pacific route to Auckland which offers additional opportunities for North Americans travelling to enjoy New Zealand's summer season, and for New Zealanders travelling for a Canadian winter vacation. Our Auckland flights are timed to conveniently connect at our extensive Vancouver trans-Pacific hub to and from a multitude of non-stop destinations throughout North America including New York-Newark," said Mark Galardo, Vice President, Network Planning at Air Canada.

"We are very excited to welcome this new service from Air Canada which further connects Vancouver to Auckland using the amazing Dreamliner aircraft," said Craig Richmond, President and CEO, Vancouver Airport Authority. "This addition to Air Canada's growing network at Vancouver International Airport will not only open up more business and travel opportunities in Canada and New Zealand, it will also facilitate valuable connecting traffic between the two airports. We appreciate Air Canada's continued commitment to utilizing Vancouver as their trans-Pacific hub."

"We're proud of the contribution this new service will make to growing travel and trade between the two countries. The seamless connections Air Canada provides through its hub in Vancouver will further promote a growing market. In 2018 alone, Canadians choosing to holiday in New Zealand grew by 6.7 percent to 70,000 visitors. Similarly, New Zealand visitor numbers grew by an impressive 12 percent with 34,000 people visiting Canada during the same period," said Scott Tasker, General Manager of Aeronautical Commercial at Auckland Airport.

"I'm thrilled that Air Canada will be offering direct flights from Auckland to Vancouver. B.C. is a sought-after destination for international visitors, with Vancouver International Airport as the gateway to exploring our beautiful province. And now, with the HSBC Canada Sevens set to take place in Vancouver for another four years, this is the perfect time for rugby fans from around the world to visit B.C. To our friends in New Zealand, we say Kia Ora!" said Lisa Beare, British Columbia's Minister of Tourism, Arts and Culture.

Air Canada's Vancouver-Auckland service is the latest of three new international routes the carrier just inaugurated, following Air Canada's launch of the only flights from Montreal-Sao Paulo on Dec. 11 and from Toronto-Quito on Dec. 8. 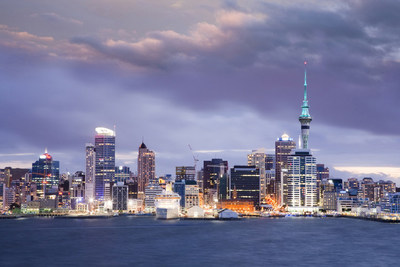